Looking at the current numbers worldwide, it quite reassuring to see that there are almost five times more people who recovered than the death toll. Even if in a smaller proportion, the recovered numbers in Portugal are also higher than the deaths. These figures give us a little hope for the future. However, I wonder why the figures of the recovered cases are not available for the UK. What I know is that for example, in Portugal, when you have been diagnosed with the virus you have to have two negative tests to be considered recovered. This has been changed recently to only one negative test for patients who have not needed hospital care. Whereas in the UK, I don’t think everyone who has been diagnosed has had a second test to confirm recovery, at least I know of a friend who was diagnosed and went back to work after two week recovering at home without having a second test. I find that worrying, she could be putting herself and others at risk, but what do I know?

The week started with a good mood on Monday, but it all went down on Tuesday when I woke up feeling like I’d been hit by a storm, tired and drained. I have no explanation for it, wasn’t just the status of my mood, I did feel physically exhausted. The weather was a little bitter that day for the time of the year and specially compared with the previous week. I could easily blame my mood on the weather, but I think it might be a little anxiety. I admit that I feel a little anxious about the end of my PGCE course, all the course work I have not been doing, the job search associated with the achievement of this qualification and even with the end of the lockdown. There are a lot of mixed emotions associated with the way I feel about the lockdown; I miss my son and grandson and all my friends and family, and also the freedom to do little things like just going for a coffee. But, on the other hand, I feel very comfortable on lockdown, too comfortable. It’s good to do what I want when I want, how I want, to spend time with my family and do things I didn’t do enough of before. For many reasons, I don’t want to go back. Definitely, not back to my life before this all started. Will I have the courage to change what needs changing?

Luckily, by Wednesday my mood was recovered and I managed to finish my two first Reflective posts. I had already finished the first and started the second, but I ended up editing a lot form the first one and re-writing the second one. At least now I am happy with both and I feel more motivated to do the third one. I also found out that the Theories and Frameworks module had already started, but I wasn’t on the list, it’s all sorted out now and the damaged isn’t relevant as I have already attended some of the lectures last year and I even completed the first part of the assignment.  So, I’m feeling positive about this.

I’ve not done as much writing as I wish I had, but I have started a drawing course on Skillshare, which I am enjoying very much. I have a few ideas for poems and stories brewing in my brain, I made a few notes but nothing has taken much shape yet. I have given the theme of loss and grief for the writing prompt of the Creative Writing in Lockdown group on Facebook. I have a lot of material for that one, I just need to decide which one to chose.

I have finished Normal People and started This is Going to Hurt, this is a very funny book that makes me laugh every time, it’s composed of diary entries by a junior doctor. But now I need a novel too, so I might end up with three books on the go and that’s not counting the poetry I am reading at the same time.

I interrupted the rug I’ve been doing in crochet to make some mask guards for the NHS as per my sister’s request and this was perhaps the highlight of my week. Nothing beats the feeling of doing something good. 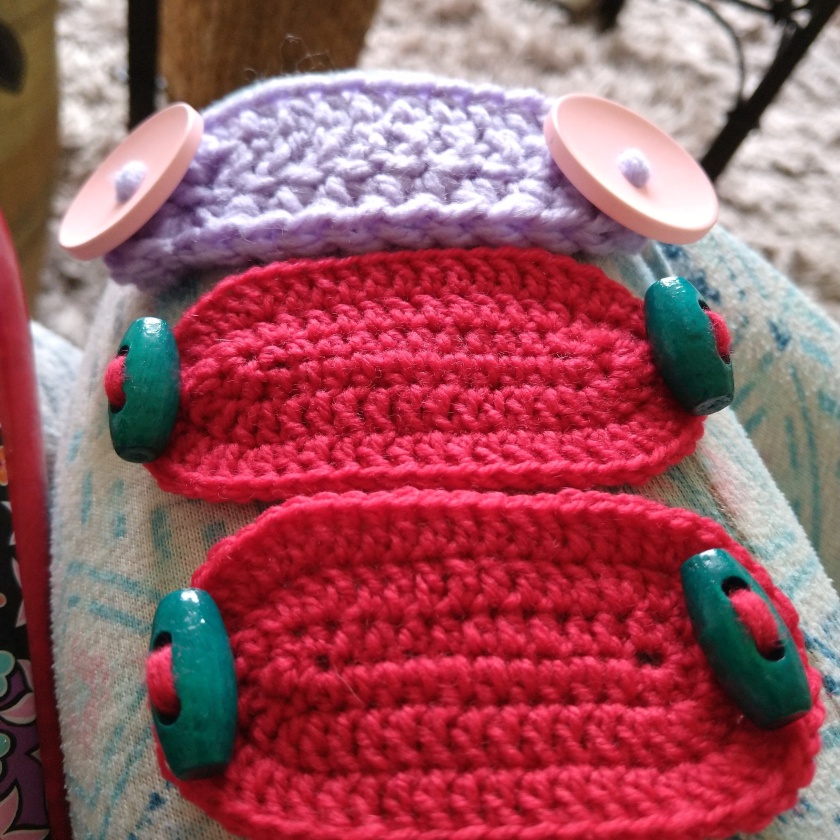 On Tuesday, the 28th was Lorenzo’s second birthday and we went there to see them at a distance. It was hard! It is good seeing them, but is it so hard not hugging and kissing. That is the hardest part of the lockdown.

I can not decide if I am a teacher who writes or a writer who teaches, both activities give me equal satisfaction. Words are my secret place. I write about my experience as a mature student, mental health, living and raising a family in a foreign country, following my dreams and finding love later in life. View All Posts

"To be great, be whole; exclude nothing. Be whole in everything." Fernando Pessoa

Listen to your inner self..it has all the answers..

The official blog of Lucy Gan

Travel for Fun and Adventure

From soul to soul

No Time For Pants

Want to learn the simple way?